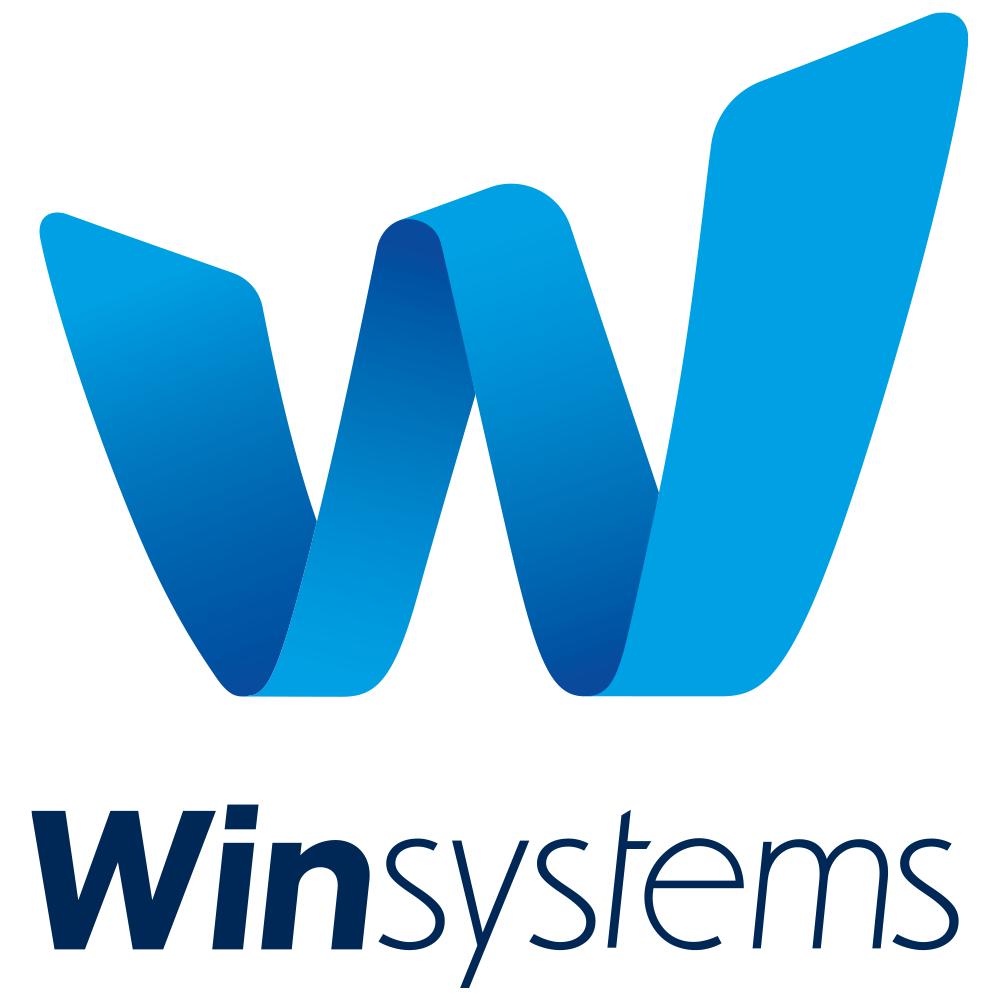 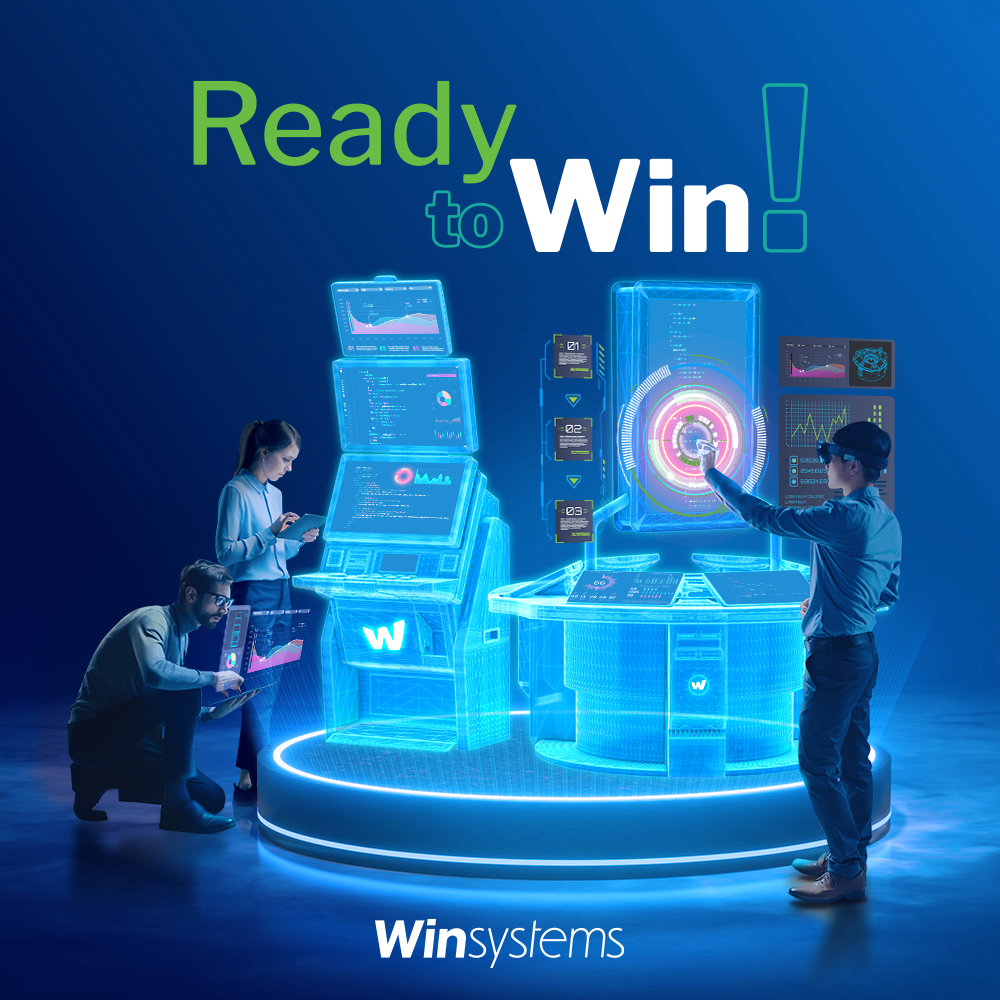 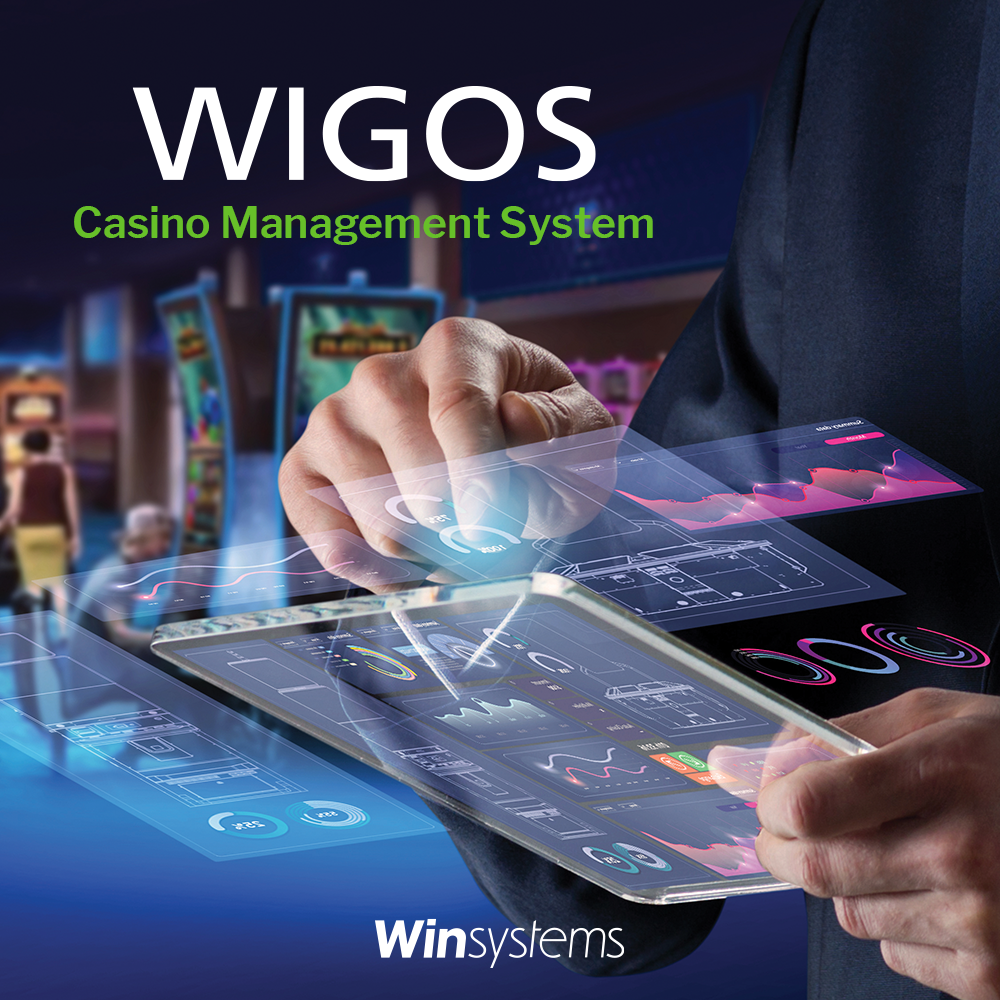 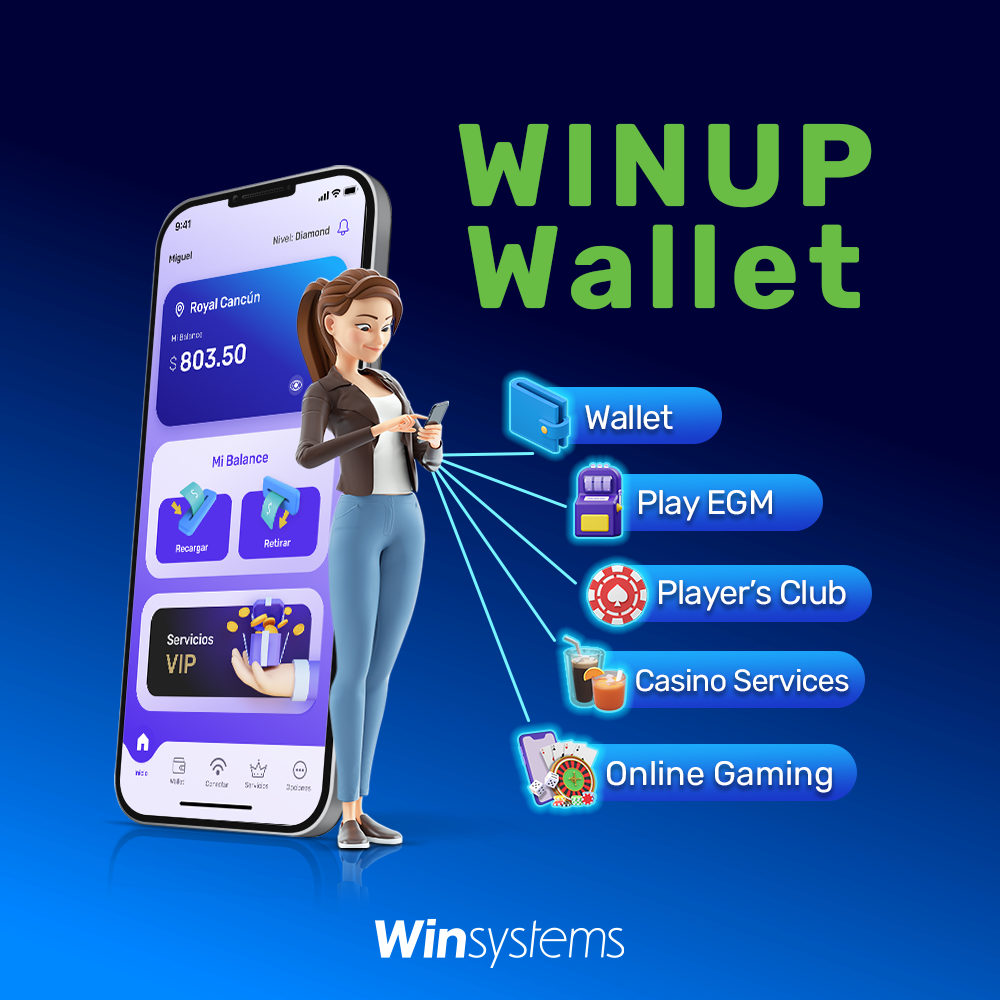 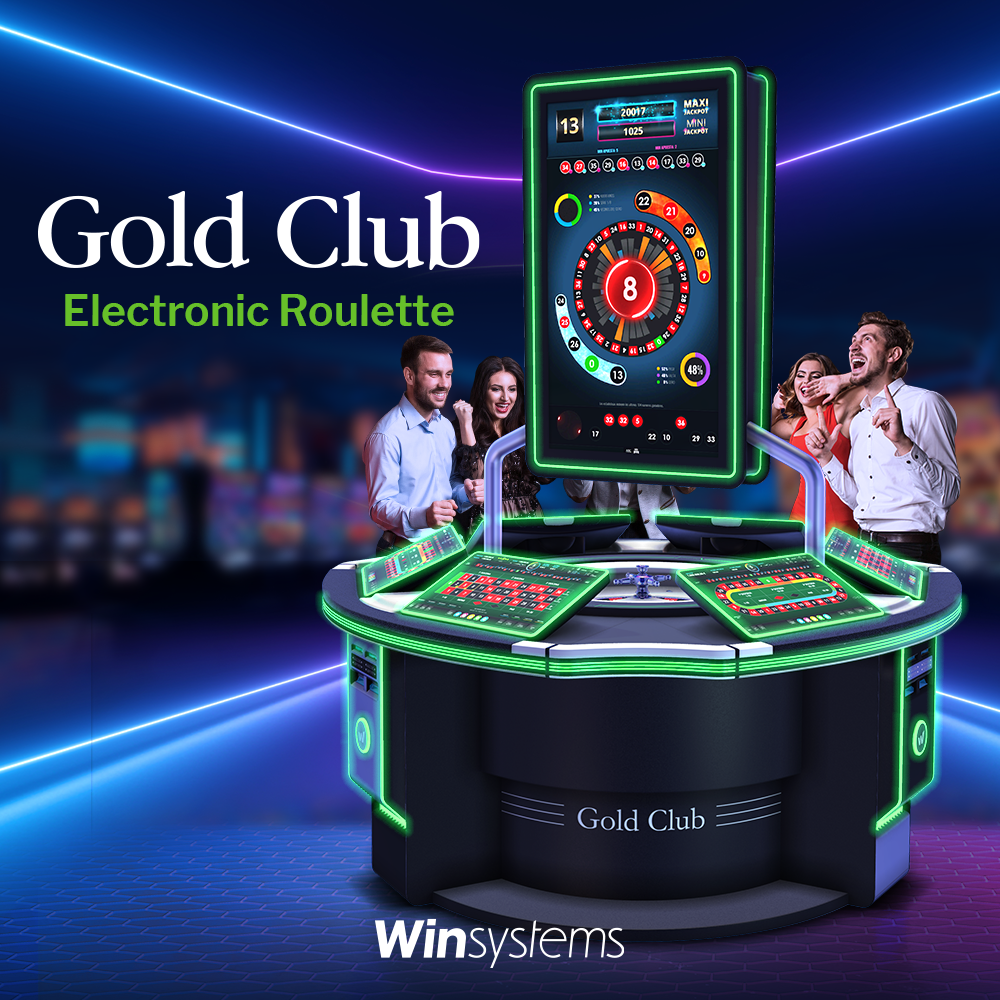 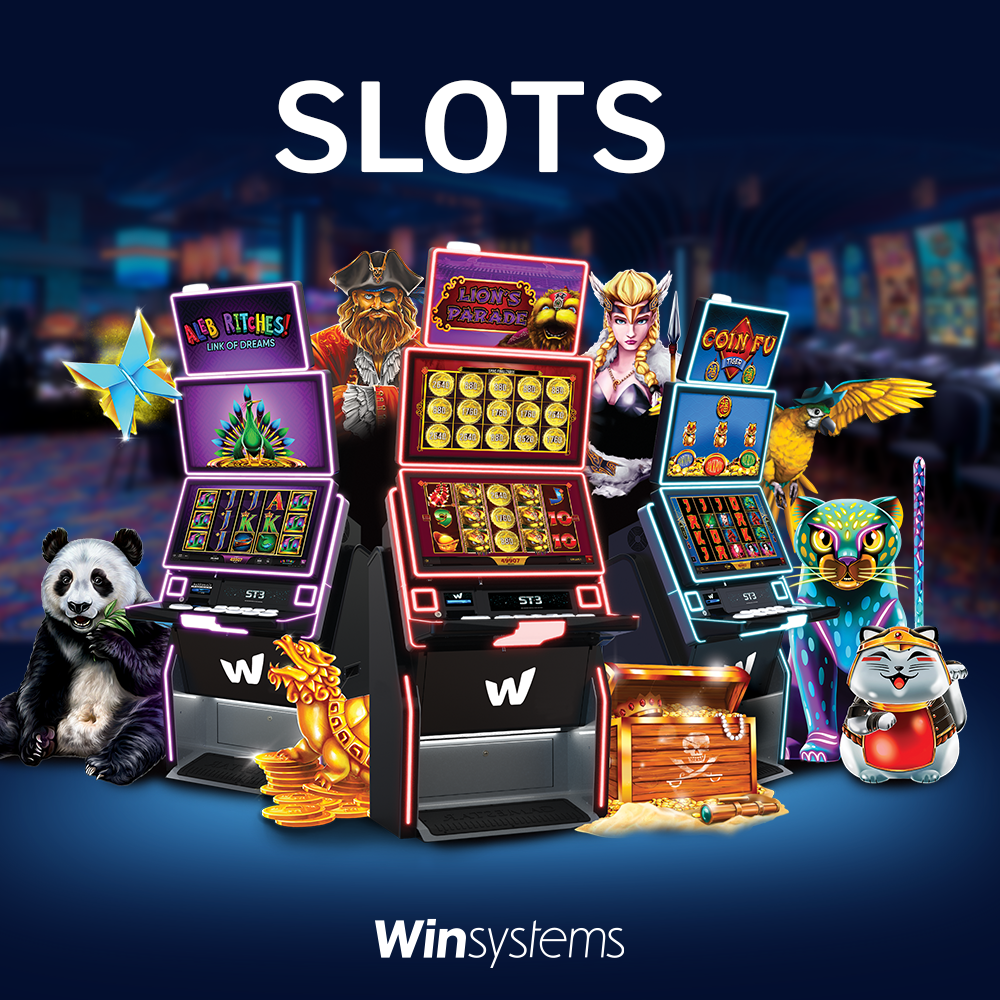 WIN SYSTEMS IS A LEADING TECHNOLOGY SUPPLIER PROVIDING MANAGEMENT SOLUTIONS, ELECTRONIC ROULETTES AND SLOT MACHINES TO THE CASINO AND LOTTERY INDUSTRIES, WITH MORE THAN 25 YEARS OF EXPERIENCE IN THE ENTERTAINMENT SECTOR.

Our product range delivers thorough solutions to cover all needs in your casino, regardless of size. WIGOS™, our market-leading casino management system, the internationally acclaimed GOLD CLUB™ electronic roulette and our innovative SLOTS machines allow you to build a seamlessly integrated, profitable, and flexible casino floor with ease.

Our renowned casino management system WIGOS™ offers a complete and scalable suite of innovative tools to manage all aspects of daily operation with powerful yet easy to use solutions. Connecting up to 100k machines in 380 casinos worldwide, including many casinos in the US & Canada, WIGOS™ is word leader in cashless and ranks in Top5 CMS around the globe. The CMS includes leading-edge features such as Intellia, a business intelligence tool for real-time floor optimization, and WinStats, a powerful app to access the casino key executive information in real time.

WIN SYSTEMS has recently launched WINUP Wallet, the state-of-the-art solution that allows players to easily cash-in and cash-out their player account with their cell phone, enabling access to several services offered by the casino. WINUP allows patrons to have the casino always at a fingertip!

GOLD CLUB range offers the most compact multiplayer electronic roulette, which allows to maximize return from limited spaces. Its modern, compact design with enhanced ergonomics ensures that players are attracted to the roulette and are comfortable during game play, while the adaptive illumination technology creates the most immersive gaming experience.

The highest industry standards lead the design process when developing our latest generation of SLOTS cabinets, which are impressive in their usability and striking in their lighting solutions. The wide range of interactive multi-level bonus games, variety of free spins, unique game features and Jackpot systems mean everyone can find the best game for themselves.

Miami, September 27, 2022 - Win Systems, the leading provider of technology for the gaming and entertainment industry, has announced the incorporation of Angelo Palmisano as CSO (Chief Strategy Officer). In his new position, Angelo will be responsible for defining Win Systems' product and business strategy, working closely with Dario Zutel (Executive Chairman) and Eric Benchimol (CEO).

Angelo's sterling reputation in the gaming industry began when he founded Paltronics in 1992. Angelo was responsible for leading and growing the casino systems company until Aristocrat acquired part of Paltronics in 2014. At that time, Angelo also joined the multinational as senior vice president of global product and innovation, a position he held until 2021. His extensive knowledge of the industry and customers, and his business vision will be key to driving Win Systems’ growth and consolidation among the industry's major global suppliers.

Dario Zutel, Executive Chairman of Win Systems, stated: “I would like to warmly welcome Angelo to the great Win Systems family. We have known each other for many years, and I do not doubt that his enthusiasm, knowledge, and foresight will be key in our path to excellence.”

Eric Benchimol, CEO of Win Systems added: “We are delighted with Angelo's appointment, he will bring a new vision to our growth strategy. We are convinced that we will be able to push Win Systems even further in those markets where we still have great development potential.”

Win Systems, the leading provider of technology for the gaming and entertainment industry, will attend G2E Las Vegas, on October 11, 12 and 13. The company will move to a larger and better located booth, #4447, where it will showcase its latest developments to elevate the casino operation and the player's experience.

WINUP Wallet represents a key development for the Systems Division and delivers significant advantages over most existing wallets, allowing for the easy management of the e-wallet and game balances.  WINUP Wallet allows casinos to offer many of its existing services to players, including the linking of online gaming products and profiles where available. WINUP Wallet is one of the most important developments for WIGOS in recent times, giving players the opportunity to access their casino in the palm of their hands.

The Gaming Division is also presenting important innovations. Following the fantastic reception of the Gold Club 25th Anniversary roulette across various global markets, the company has decided to bring it to G2E along with several other roulette models. Win Systems will also present significant innovations in its extensive library of games for slot machines, with spectacular new products that will be shown for the first time at the trade-show.

Eric Benchimol, CEO of Win Systems commented: “At Win Systems we are convinced that we are making an important qualitative leap in the products and services we offer to the operator. At G2E we will be presenting WINUP Wallet, a particularly relevant development for our WIGOS CMS, as it opens the door to the casino's omnichannel offering. We hope that all operators will come to know it and be surprised by the world of possibilities that WINUP offers them to improve the loyalty and experience of their players. Together with the powerful innovations in electronic roulette and new slot games, we believe we will enjoy a memorable G2E show.”