New York, November 10, 2020 – Three-time Melbourne Cup winner Makybe Diva was the official winner of the inaugural “Lexus Melbourne The Race of Dreams” created by Inspired Entertainment, Inc. (“Inspired”) (NASDAQ: INSE) for the Victoria Racing Club (“VRC”). The thrilling virtual race pitted 24 past champions of the Cup against each other in a live broadcast across Australia on Network 10 ahead of the 2020 Lexus Melbourne Cup on Tuesday, November 3, 2020. 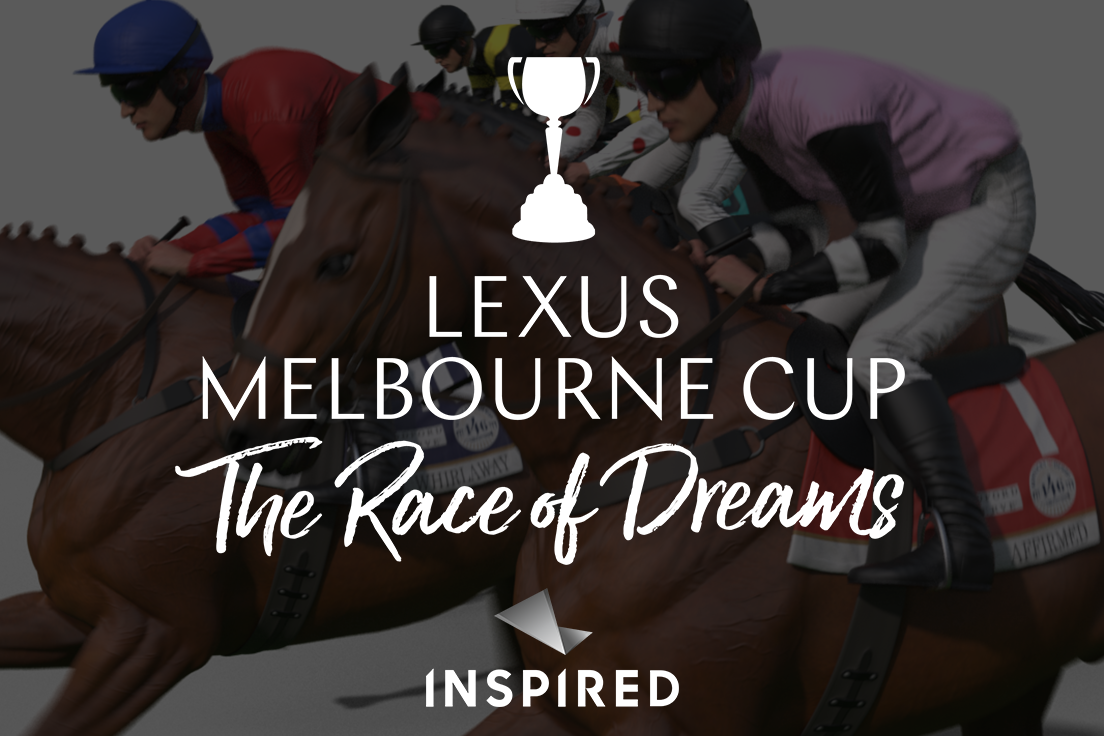 Commemorating 160 years of Australia’s greatest race, Inspired’s ultra-realistic computer-simulated representation of the Cup pitted legendary Melbourne Cup winners head-to-head using a complex algorithm to decide the actual race result, answering the age-old question – who is the ultimate Cup champion? In her signature style, Makybe Diva came up from deep in the field to take the win over Phar Lap in the home straight.

“Melbourne Cup champions such as Phar Lap, Carbine, Makybe Diva, Saintly and Might and Power captured public attention, won our hearts and have all become legends in their own right. It is always uplifting to remember and celebrate those monumental achievements,” said VRC Chairman Amanda Elliott. “In my lifetime I have been fortunate enough to witness some incredible Cup victories, none more impressive than Makybe Diva winning her third Cup in 2005. Creating a virtual race to compare recent winners to those of the past was fascinating and has generated some robust and entertaining debate.”

As the pioneer of Virtual Sports, Inspired has re-created the action of the world’s most popular sports for more than a decade. Inspired has famously created virtual versions of the Cox Plate in Australia, Kentucky Derby in the U.S. and the Grand National in the UK. All of these events were broadcast on national television with millions of viewers, proving that Virtual Sports are realistic enough to take center stage.

“Our goal was to make the race look realistic and be exciting for all the Australian’s watching on television. It turned out to be an amazing race and a thrilling conclusion, coming down to the home straight,” said Steve Rogers, Inspired Chief Commercial Officer for Virtual Sports. “We’d like to thank VRC and its media partners for this opportunity to showcase our award-winning Virtual Sports and celebrate Australia’s racing history."

Inspired’s Virtual Sports are popular worldwide, appealing to a wide variety of players through more than 40,000 retail channels and 100+ websites in 35 countries. Watch the “Lexus Melbourne The Race of Dreams” at https://vimeo.com/474927229. Trailers and demos of the latest Virtual Sports offerings are available at www.inseinc.com/virtuals/